GREASE GUARDIAN JOINING THE STRUGGLE TO PROTECT OUR ENVIRONMENT

Today’s FOG Blog is centred on dangerous pollutants, known as Polychlorinated biphenyls (PCB) and their harmful effects on animals and the environment in which they live in. No, this is not the same PCB’s that we, at Grease Guardian, use as a controller in some of our grease traps. That is a printed circuit board.

Polychlorinated biphenyls were once used by manufacturers in the production of electrical gear, paint and the flame retardants, but these were banned in the 1970’s when their dangerous effects came to the attention of government health authorities. However, long after its removal, PCB’s have persisted in the environment and it has come to fruition that Europe’s oceans have one of the highest concentration levels of the man-made pollutant, globally. These affect many salt water animals, especially the striped/ bottlenose dolphins and killer whales, with the PCB levels in these being “very high” and “probably the highest in the world right now”; according to Lead author Dr Paul Jepson, a wildlife veterinarian from the Zoological Society of London.

The animal’s exposure can have serious detrimental effects to their health and offspring and with the population of local dolphins and killer whales clearly at risk (only 8 left on Irish and Scottish coast); action needs to be taken urgently. Experts believe there are a number of things that can be done to stop water contamination continuing.

Due to the high percentage of dirty/contaminated water coming from food establishments/ factories, it is widely accepted that the installation of a grease trap at any wastewater effluent would not only reduce water contamination in fresh/salt water systems, but also reduce build ups of foods, fats, oils and greases in pipe networks and municipal sewer lines.

The Grease Guardian automatic grease trap not only acts as a grease removal unit (GRU), it also has a solids strainer basket that stops food particles from passing through. Combined with the natural process of ‘less dense will rise’, heating elements, blowing systems, skimming wheels and spray bars increase the efficiency of the grease separation process.

That’s it for us today, folks!

See you all next week for our next FOG Blog 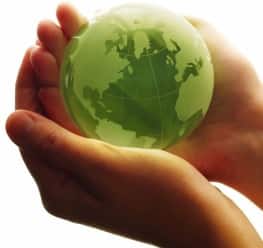