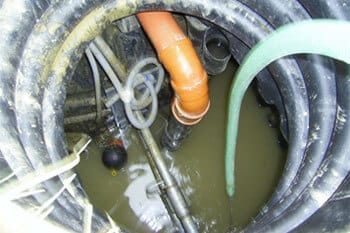 Grease trap is an integral component of any commercial kitchen, responsible for removing fats, oils, and grease from the wastewater. A commercial kitchen running for a long time knows well that these FOG removing units need a good care at a regular pace. But if you are new in this field and come across some untoward condition like slow working or clogged grease trap, you should know that’s a serious grease trap problem. Because that can lead to health code violations, and unsanitary conditions while seriously interfering with your daily business operations – even according to experts.

So, it is better to learn some common grease trap problems and the solution to tackle them on-time.

Well, grease traps are used for commercial as well as for residential purpose to separate solid waste and FOG from wastewater before it runs down through pipelines and reaches the municipal sewage system.

Grease traps are installed in between the drain and the sewer system. So when the wastewater is thrown down the sink, it enters the trap and begins to cool. This allows the grease in the liquid to rise at the surface of the water and get harder. Simultaneously, the heavier solid waste particles and debris sink at the bottom of the trap. Hence, the middle layer (wastewater) is cleaned and allowed to flow down into the municipal sewer system.

What Are The General Grease Trap Problems?

Clog in Incoming and Outgoing Line

Clogs in the incoming line result in backups from the lowest plumbing fixture of a commercial kitchen. The main grease trap problem associated with this can be seen in the channels (the ones that divert everything towards the trap) which are blocked due to the excessive build-up of FOG and debris. This type of blockage is known to stop the entire grease trap unit from working.

An overflowing grease trap is a result of not pumping out the grease from the first compartment in a timely manner. In this particular problem, you will see that the waste from the first compartment is spilling over the second one. The worse part, it will clog the crossover, outgoing as well as incoming lines. To verify the problem, simply dip a pole in the compartment to evaluate the depth of the grease trap. If it reaches the bottom, you should know that grease trap pumping is immediately required.

Rotten smell is another very common grease trap problem. While there are a number of issues that lead to a stinking grease trap, but the most common ones are:

An ounce of prevention is worth a pound of cure. That is what we can say in case of the grease trap problems. Because they are as nasty on your pocket as they seem. Hence, to evade all these problems it is best to book a regular service of your grease trap rather than spending more on getting things repaired.

Grease Guardian – An All Rounder For Grease Trap Problems

Grease Guardian is the leading name in the grease trap manufacturing as well as in the service sector. The company has been extending its expertise to leading food chains around the world. So, if you want to get going with a perfect grease trap solution, have a look at the two products from the Grease Guardian X Series: 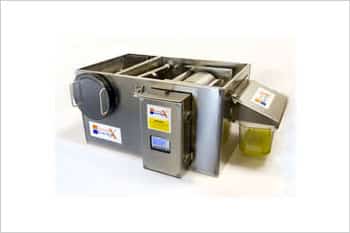 X25 is a stainless steel grease removal unit designed for sinks and ovens. The product from the X series skims the grease by a drum or a wheel and disposes of the waste into an external receptacle. The unit has manual and automatic options as per your requirements. Get more information from here.

X35 grease trap unit is same as the X25 one as both belong to the X Series of Grease Guardian. The difference can be seen only in the liquid flow and capacity of the unit. Compare the products here.

Grease Guardian, as an all-rounder, supplies the best grease trap products for all types of commercial and industrial kitchens and provides the ultimate solution for all types of grease trap problems. Get in touch with us today to get your grease trap cleaned, maintained or installed perfectly – acting in line with the local laws and ensuring a safe and efficient-running kitchen.