On Thursday the 5th of December, visitors to the Michigan Science Centre have encountered a new kind of exhibition. The shiny new addition comes in the form of a fatberg. This follows suit from a similar stunt pulled by the Museum of London.

The concept behind this nauseating exhibition is to help raise awareness of the real-life, everyday problems caused by fatbergs. By dragging the FOG monster (Fat, Oils & Grease) from sewer to spectacle, hopefully more people will think twice. 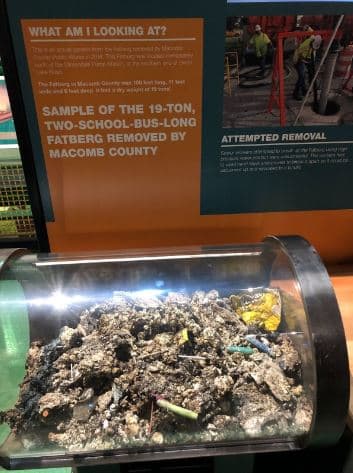 Part of the fatberg chunk on display in a long, cylindrical tube containing a plethora of sewer-dwelling delights

From Sewer to Spectacle:

The fatberg in question was initially discovered right underneath Macomb county in Michigan. The monstrous blob was first found in September 2018; weighing in at 19 tonnes. At 11 feet wide and over six feet tall, it goes without saying that the entire disgusting blob was not transported for display…

To recap; a Fatberg is a congealed blob of grease, sometimes as big as a bus, that block sewer lines and cause flooding. Fatbergs form over time when fats, oils and grease from commercial kitchens cling onto wet wipers, toilet paper and other solid waste allowed into the sewers. They cost thousands upon thousands in repair work every year in most major cities.

There hasn’t yet been an official figure released as to the cost involved in removing Michigan’s messy blob. However, if we think back to its museum-dwelling cousin in London; Thames Water reported the nine-week removal excursion racked up a bill of £400,000. 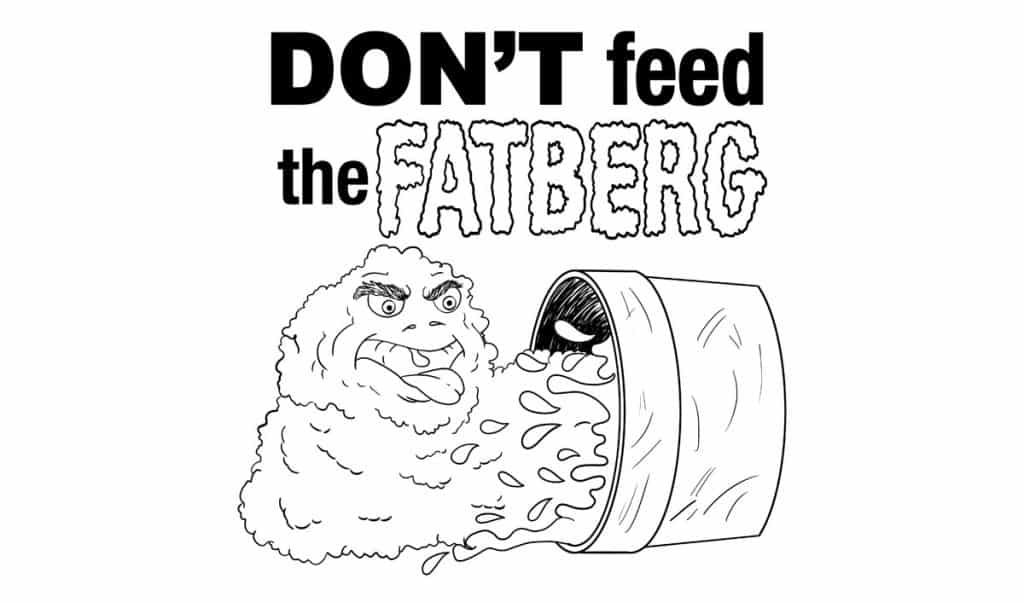 According to reports, gazing intently at the fatberg on display will reveal an array of disgusting features. Think syringes, tampons, candy wrappers and condoms. It’s like when you relax your eyes to reveal the greater detail, not that you’d really want to.

If you’re anything like me, right now you’d be thinking about how sorry you feel for the unfortunate folk dragged to this particular museum for a family activity on a hungover Sunday. If only you had committed to Dry January!

But it gets even more nauseating for those involved. High power jets are usually used to break up and ultimately remove the man-made messes. However, the jets couldn’t cope with this particular blockage. So, an army of strong-willed and strong-stomached workers had to remove the fatberg by hand. Aided only by a saw, these brave men removed the fatberg manually, extrapolating chunks of the blockage to go on display.

The display in question is another attempt to open the eyes of the public to the reality of fatbergs. It shouldn’t be a case of “out of sight, out of mind” because the reality of what lurks beneath us is a very real problem. The fatberg epidemic wages on but it can be stopped. By changing our habits, we can work together to eliminate fatbergs, save money and help to protect the planet. For more information and advice on how your kitchen can help make a difference, please contact us HERE.