“Fascinatingly grim”. This was the description conjured by Andy Holbrook that best fitted the worlds most infamous, well-documented fatberg. Andy Holbrook is the collection care manager at the Museum of London, where the “fascinatingly grim” specimen in question has been on display. Back in August of 2018, a chunk of the world’s largest known fatberg went on display in the Museum of London and became a subject of extreme interest for Holbrook, and the rest of the world.

The congealed blob of fat, oils and grease (FOG) became a spectacle for public viewing in an attempt to open people’s eyes to the reality of the fatberg epidemic. The UK has struggled significantly with the occurrence of fatbergs, particularly in London with a new colossal fatberg discovery happening on a near-weekly basis. 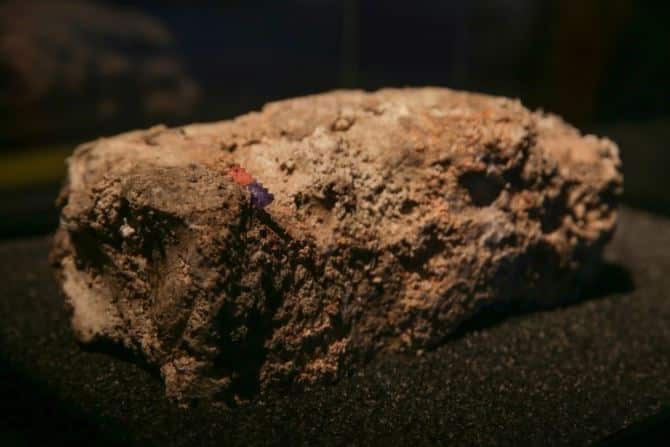 The segment on display, resembling a loaf in shape and size

The 130-tonne, 250-metre-long combination of cooking fats, sewage, oil, wet wipes and sanitary products shocked the world when it was discovered in September 2017, blocking the city’s narrow Victorian sewers. Removal took nine weeks and cost £400,000. The sample was dried off before being moved to the museum and had to be x-rayed to ensure no dangerous needles, amongst other things, were within the sample. The logistics of transporting a fatberg were more perilous than one might think. Vycki Sparkes, the head of social and working history at the Museum of London, summarized:

“Worst case scenario if it is handled incorrectly is death. It has come out of the sewer so it might contain Weil’s disease”

Well, Holbrook is fascinated by a couple of the fatberg’s elements:

I’m all for difference in opinion, but I feel compelled to kick these back in the “grim” category. Maybe he’s the same guy who suggested live streaming the fatberg as it decomposes for the world to witness? Call me old fashioned, but when I park myself in front of the TV, I’d rather be the fat mess than be watching the fat mess. It’s one channel that’s sure to limit mid-movie snacking, though…

Interestingly, we’ve managed to extract some good-old-fashioned-elbow-grease from, well, some… normal grease. The on-display chunk was later taken and converted to biofuel that powered a London bus. However, this is not a case of sustainable solutions solving sustainability issues. The fatberg epidemic must be stopped. 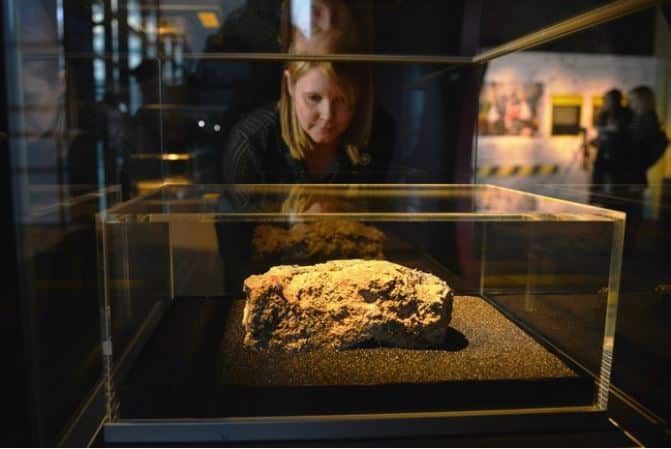 A member of the public gazes at the exhibition

Culture in the Gutter

Despite its repulsive nature, there have been few ‘artefacts’ more representative of our culture today than the ‘Fatberg!’ exhibition. Throw-away culture, mass-consumerism and ignoring the call to action as we reinstate the old crutch; out of sight, out of mind. These are the buzzwords that accurately summarize our current state of affairs. One review of the exhibition states the fatberg looked “like it might have come from the moon”. Unfortunately, there is nothing extra-terrestrial about it. This is our daily reality. Inscribed on the wall of the exhibition:

Sample analysis by the University of Exeter has revealed the high-level of cooking fats and oils present in the fatberg. By changing our habits, we can work together to eliminate fatbergs, save money and help to protect the planet. For more information and advice on how your kitchen can help make a difference, please contact us HERE.