So what could you do with all that Grease instead of it going down the drain?

As we know, its all the fats, oils and Grease that we pour down our sinks and drains that are causing these terrible and gross FATBURGS under our cities and towns.  What could we do with all this FOG instead?  As with the case of coffee beans, most people are aware now that coffee waste is widely used as garden fertilizer and various other household uses.

With FOG, there have been breakthroughs on research which now shows that FOG can be treated and re-used….as fuel for your car.  Giant lumps of congealed fat are to be removed from sewers and turned into fuel around the UK.

Fatbergs are the result of millions of homes and restaurants ignoring advice not to pour cooking oil down drains.  The fat mixes with wet wipes and other debris to form lumps that can be as big as a bus and block sewers.

Digging the fat out of sewerage pipes and purifying it can be a greener way of producing biofuel than paying farmers to plant energy crops, according to the Royal Academy of Engineering, which was commissioned by the government to investigate the sustainability of bio-fuels.  It recommends that the government offer financial incentives for extracting fatbergs and sending them to be filtered and distilled into biodiesel.

A seemingly boring report on the future of the creation and use of biofuels in the UK exploded into life with one bizarre suggestion; that we dredge up “fatbergs” from the sewers of the nation and convert their pale and congealed bodies into usable biofuel.

This isn’t some piece of deranged sci-fi, as it’s a serious idea from the Royal Academy of Engineering. Its paper on biofuels [PDF] makes a raft of serious suggestions on how to make more of them and better use of current production space, like using more marginal ground to grow biofuel crops and concentrating on waste products and chip fat; but it’s the suggestion of subsidies for encouraging the use of “sewage grease” that’s the most evocative.

Apparently there’s already a fatberg purification plant in action in the UK courtesy of Ardent Energy, which has the capacity to distill and purify sustainable diesel from the “fatty effluents” sludged out of the sewers. We should do more of this, say the engineers, so there’s a nice career for the kids to get into. [The Times] 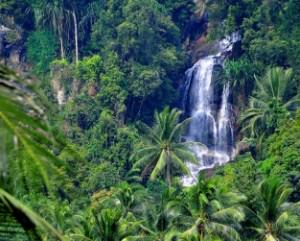