Pollution and the struggle against FOG blockages: Grease Guardian

I recently came across a news article which was based around a study that was carried out in the UK. The study was centred around pollution and its harmful effects on people, especially air pollution. It was easy for me to relate to this study as we at the Grease Guardian department are fighting against a different form of pollution, every day. We are doing this through the installation of grease removal devices (GRD’s) at sinks, dishwashers and other waste water effluent.

It is believed that air pollution in the UK kills 40,000 people each year, say the Royal Colleges of Physicians and of Paediatrics and Child Health. This count is achieved through poorly managed diesel emissions, cigarette smoke in confined premises, mould and mildew in poorly ventilated rooms and other sources.

An extended study was carried out to establish if scented products are dangerous or harmful. The results that came back from the study suggest that in our increasingly insulated homes, perfume based products, such as deodorants, air fresheners and aftershaves, contain chemicals such as limonene and isoprene, and these can be harmful to our respiratory health. These are usually bought to cover up bad smells.

Bad smells in restaurants are normally caused by food waste building up in kitchen pipes, sinks and drains. One way to minimise this is to install a grease removal device. This would ultimately stop fats, oils and grease from going down the drain and becoming congealed. This would eliminate any need for an air freshener, thus reducing the damage done to your respiratory system, and that of your costumers.

For more information on how you can purchase one of these units, please contact us on the details given below.

See you again next week for another FOG Blog! 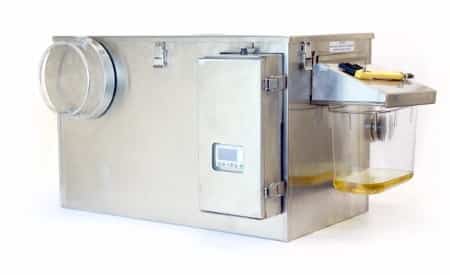