Project Overview
Located just off O’Connell Street in the heart of Dublin City, D.I.T College of Catering opens its doors to over 2000 students daily. The building is equipped with over ten student practice kitchens, all of which have the potential to discharge food and grease waste to the public sewer.

Scope Of Work
Waste control has always been a key concern for management so biological grease interceptors had already been installed in each kitchen for some years. However in recent times the performance of these systems was called into question as they presented problems of high maintenance, blockages and strong odours. Management was faced with the decision of either modernising these units or resorting to a more centralized method of interception at basement level.

Following various site surveys the latter option soon became unfeasible as projected costs mounted for both the system proposed and the necessity to route all the sinks pipes to a central location. The Grease Guardian Solution: Opting for Grease Guardian the college reverted to its decentralized method of serving each sink at source and replaced the existing traps with automatic Grease Guardian units. In November 2002 no less than fifteen units were supplied to the practice and canteen kitchens. These comprised mainly of model D2 for the double bowl sinks and D1 for the oven units.

Additionally a model D5 with sediment trap was supplied at basement level to deal with one entire kitchen on the first floor. Today the grease collectors for all the units are emptied daily by the college caretaker just before the kitchens open. The procedure takes just over one hour and involves no chemical dosing or labour intensive work. A year after installation D.I.T maintenance manager, Mr Paul McDunphy states: “We are extremely impressed with the performance of these units.” Today the college has no blockages, no smells and no overheads. Indeed the only major cost incurred, capital expenditure, proved to be five times less than the costs proposed by centralizing the process. For all your grease trap needs. 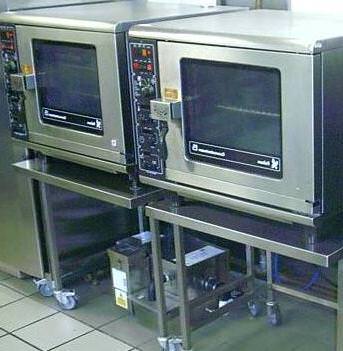