Are You Aware Of Grease Trap Science? 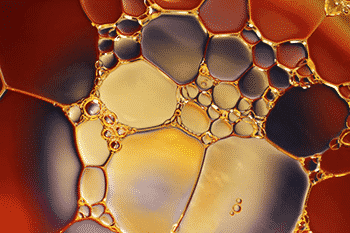 Grease is a sticky, oily, slimy substance with a complicated chemical structure that is formed from oil, thickener and additives. Fats, oils and greases, which are commonly referred to as FOG are so notorious that they can wreak havoc on the entire drainage system of a city. And this havoc can seriously take its toll on the reputation, health and wealth of the food establishments.

Well, to understand and do away with the obstinate behaviour of grease trapped in the sewers it is important to learn the science behind its composition. Additionally, it is also crucial to understand the counteractive effect of the grease trap working on FOG.

What Is Grease/FOG Made Of?

Grease is a compound that consists of glycerol and fatty acids. Glycerol is a trihydric alcohol that can combine with different types of fatty acids (3 types) to form a diversity of grease compounds. One example of a grease compound is triglycerides which are the main constituents of animal fats and vegetable oils. The density of triglycerides is lower than water. At room temperature, they may be solid or liquid. The solid compounds are known as ‘fats’ or ‘butter’ whereas the liquid compounds are known as ‘oils’.

Why Grease Floats On Water?

To know about the Science behind grease trap, you need to understand about the properties of grease and water. Grease is an organic non-polar compound which consists of large and complex molecules packed together. On the other hand, water is a polar compound with relatively small molecules composed of one oxygen and two hydrogen molecules (H2O). The density of water approximately corresponds to 1.000g/cm3. The density of grease approximately ranges between 0.863 – 0.926 g/c3 depending on the source it comes from. Because the density of water is greater, grease floats on water. In other words, because non-polar compounds cannot mix with polar compounds, grease cannot mix with water. Hence, density and polarity both contribute towards the floating of grease over water.

The Science Behind Grease Trap Working

Grease is the major by-product in a commercial kitchen which has to be cleaned before pipeline gets choked. When it flows through the pipeline, it gets stuck in the pipes and hence causes a blockage. But how this happens is an interesting chemistry to learn. Though non-polar FOG and the polar water molecules cannot mix with each other, a little help in between can lead them to form an emulsion. The best example of emulsions of fats in water is milk or cream. Example of the emulsion of water in fats is ‘butter’ or ‘margarine’. Furthermore, to stabilise the emulsion, the water and fats require emulsifiers or surfactants like egg yolk, mustard, vegetable gum etc. In the case of emulsion occurring between FOG and water, detergents act as emulsifiers. However, because emulsions are inherently unstable they tend to separate as they enter the drainage line.

Eventually, a series of events take place while FOG starts separating from wastewater. When wastewater disposed of from the kitchen cools down, FOG starts floating on the water surface. Now a rapid ‘hydrolysis’ reaction takes place where the main constituents glycerol and fatty acids break down. The broken down fatty acids are now called as Free Fatty Acids (FFA). Apart from the sewer, FFAs are also produced from microbial activities during the working of grease trap equipment and the cooking processes. Going further, FFAs present at the FOG/water interface react with calcium at a fast rate. This process is termed as ‘saponification’. The calcium in the reaction is either naturally present in the wastewater or is released from highly corrosive environments like the precast concrete grease traps. The accumulation of FOG in the pipes results from saponification, excess amount of calcium, un-reacted FFAs and rubble in the wastewater. Further, saponification between the saponified solids and excess calcium results in FOG deposits on the walls of drainage pipes. Because the soap-like compounds are sticky in nature they tend to stick with the rubble and form a hardened mass on the pipe walls which reduces the flow capacity in the drainage line. The ultimate accumulation of FOG blocks the pipes and leads to overflows in the commercial and residential drainage systems.

Grease Trap Working – Separation Of FOG In The Equipment

A grease trap consists of a tank which is equipped with a flow control device located on the inlet side of the tank. This flow control device consists of a vent (in a certain configuration) which allows air-bubbles to enter and slow down the wastewater flow through the trap. As a result, the device gives sufficient time for the FOG to separate and solids to settle at the bottom of the tank. Additionally, the efficient separation of FOG from the wastewater during the grease trap working is attributed to the presence of one or more baffle plates equipped inside the tank. This baffle plate drastically increases the detention time allowing the FOG to rise at the surface. Ultimately, the treated wastewater is allowed to flow down the drainage system through the outlet chamber in the tank.

As we learnt, grease traps are the most efficient equipment to save the drainage pipes of your food establishments from severe blockages. Grease Guardian is a long-established company that understands the principle of grease trap working very well. In fact, they are the ultimate manufacturers of optimally working grease traps. Let us have a look at two products offered by Grease Guardian. 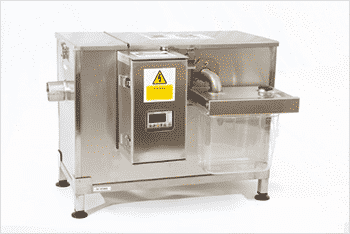 This is a solid stainless steel grease trap offered by the company. This product is designed for small commercial kitchens that generate less grease. The D1 unit is under-sink grease trap which comes with a removable basket. The working of grease trap corresponds to automatic skimming program. Get the additional information from here.

The D2 grease trap is a bigger unit compare to D1. This product is made for pretreatment of wastewater for sinks and ovens. It is a stainless steel product with the maximum flow rate of 1.25 litres per second. Just like D1 unit, it is an automatic grease trap. Click here for information on specifications.

Well after understanding the science behind the formation of FOG, you will definitely not want to mess with grease. So for a quick and efficient solution to the FOG in your kitchen, contact Grease Guardian now.